In case you haven't noticed, I've been learning Russian language.
You might want to check out Michael-L Love | ВКонтакте.
https://vk.com/gnudarwin 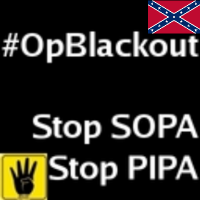 Here’s $15 off your first order at Cheaper Than Dirt!
Here’s $15 off your first order
at Cheaper Than Dirt!
Save $15 on your first order of $100+ at Cheaper Than Dirt!
Upgrade your AR-15 or stock up on ammo with this link. Plus,
when you make your purchase I get a discount too.
CONNECT WITH US 12LOM7_icons.jpg
Please add: news@goto.cheaperthandirt.com for special savings every week.
Only valid for purchases made online at CheaperthanDirt.com.
Remove me | Forward to a Email
Privacy Policy
© 2017 CTD, Inc. *All Rights Reserved
Update Profile
Cheaper Than Dirt P.O Box 162087 Fort Worth, TX, 76161, US
*Firearms are shipped to your FFL dealer who will conduct a background check to complete the transfer. Please allow three to five business days for your firearm order to be processed. The Purchaser, person buying the firearm, is the only person who can pick the firearm up from the FFL Dealer.

#россия #trump2020 #prolife #maga2020 #maga #kag2020 #kag #google #fitness #facebook #танкисты #running #2a #censorship #учения #history #армия #минобороны #юво #танки #южныйвоенныйокруг #т90 #армияроссии #biking #nutrition #longevity #iran #abortion #russian_army #Russian #nesterov #mod #language
You Retweeted
Susan B. Anthony List
@SBAList
·
Sep 9
Abortion is never about saving a life. It is about killing a human being, & it is never medically necessary to intentionally kill an unborn child in an abortion in order to save the life of its mother. Full article by
@LilaGraceRose
& Dr. Donna Harrison
➡️
https://washingtonexaminer.com/opinion/op-eds/abortion-is-never-medically-necessary
Image
You Retweeted
Lila Rose
@LilaGraceRose
·
Sep 9
Every single person today will be judged by future generations, who will look back on our butchery of babies in the womb with disgust, astonished by our willful blindness and cruelty.
You Retweeted
Project Veritas
@Project_Veritas
·
Sep 9
Veritas insiders are making an IMPACT. Watch
@DrREpstein
&
@DennisPrager
talk about our #GoogleExposed insiders on
@FoxNews
this weekend. If YOU work in tech, media, or government -- you can make an impact too. Become an insider: VeritasTips@protonmail.com
1:56
You Retweeted
Students for Life
@StudentsforLife
·
Sep 9
Women deserve better than abortion.

You Retweeted
LifeNews.com
@LifeNewsHQ
·
Sep 10
Raise your hand if you stand with
@LiveAction
and
@LilaGraceRose
against their blatant discrimination against pro-life groups!
🙋‍♂️
🙋‍♀️
Pro-Life Group Threats to Sue YouTube and Pinterest for Censoring Its Pro-Life Content
Big Tech companies are facing their day of reckoning from the Pro-Life movement. Leading pro-life organization Live Action has gone through its fair share of
lifenews.com
You Retweeted
Live Action
@LiveAction
·
Sep 10
A 5-month-old baby boy was born alive after a botched abortion and suffered for 10 hours on a cold table before he died. This is the barbaric reality of the abortion industry, and it must end. #EndAbortion #EndInfanticide
Abortion survivor left alone for hours to die in Argentina hospital
The baby, allegedly conceived in rape, lived for hours -- one nurse says as many as ten hours -- but was left to die alone in an Argentina hospital.
liveaction.org

Sympathize with Google? You must be kidding. Anti-competitive perverts spy on you, censor you, break your laws. Forget them! And Facebook is even WORSE! Maximum penalty for Facebook and Google!

Google lied to the President. They are habitual liars, and should not be trusted. I strongly recommend to disable and remove their apps from your phone. If you have been following my advice to disable Google apps, there is one last step... This one is for the brave, so if you are brave, then do it... Go into your apps config and disable Google Play Services. It's the last straw, and the back breaks. I've disabled Google Play Services on two tablets so far, and I've had no problems...

You need to go into this with the mind to disable Google apps completely. Keep that method, and it will work. I've found that the app makers are already used to this situation, and they now work fine w/o Play Services. So go cold turkey now, and live life without Google spying on you. It's better.

Google now forbids the removal of Play Services on some devices. This is atrocious audacity. It is your tablet, not theirs. Do what you need to do to remove their leeching software. Use free software instead.

Now for the apps. You don't need Google for apps. There are other app stores.... I have one tablet that I ran this way from the start. None of the apps are from Play Store. Consider your allies. They will find a way to provide apps without Google Play Store. On this tablet, I have the current version of Firefox. I download the apk from Mozilla dev. You can get alot of satisfaction from running current software without Google knowing about it.

You are going to have many allies, if you do these things. More and more vendors want distance from Google. Be thorough. Get rid of those Android sticks, and plug your computer HDMI into the TV instead. It's like cut the cord. Remember the cord cutters? Now cut Google out of your life

50 AG's are sueing Google, and the need to be very serious about this. Do you think they are bringing Google apps to their meetings? Be like them. Get with it!

You remember the day the user model was taken private, the day when Amazon and Google search results became degraded. The user model could make exquisite predictions about what you were looking for. This was broken intentionally. It WAS broken intentionally, for the short term advantage of giving people something other than what they want and need, but... They are making huge profits from turning you into a consumer robot. They have found another use for the user model. In fact they have sequestered the user model, because it is so valuable.

These accurate predictions are hidden from the user. The best recommendations are hidden in private for the privileged few. That's bad enough, but only the beginning. I'm going to suggest some of the proprietary utility of the user model. Essentially, if you thought they were malign and hiding the best results from you, you were right about that.

The user model was used to train their AI machines, in order to give them a convincing human persona. They could literally plug your personal model into the AI and generate a reasonable digital facsimile of you, yes, you personally. They have everything they need to impersonate you digitally, using their AI, combined with your personal data, and your user model. As you might guess, this is where the crooks come in. Crooks get excited by things like personal data and impersonation.

You might brush aside the criminality and say it never happens, but there is evidence to the contrary. There are reports that fictitious user histories have been discovered inside Google. Given the user model, criminal utility is obvious. This type of data could be combined in certain scenarios to make fake voters, who draw government benefits. Just one example. They can accurately digitally mimic your voice, appearance, and digital personality. Obviously, it is most easy to mimic your search habits and purchase patterns. Deceased persons could now be virtually brought back to life for same said purposes in the current present time.

Giving the fact these tools are now in existence and replicable, armies of fake users can be created out of thin air to influence online trends. Shopping trends, news, social media, are all heavily influenced by these fake people. You literally might be immortal, digitally, online already, if someone decides that your doppelganger is useful to them.

Ths user model IS your doppelganger. The user model is there to replace you. It is not you, but it is a reasonably convincing facsimile. They are already using the user model to make predictions about your next move. This really gets the programmers jazzed and motivated. They can watch what you do, and refine the model. You see, if they reveal the helpful suggestions to you, it ruins their fun, and spoils the experiment.... Plus, people are making mountains of money at your expense. They keep the best suggestions for themselves.

I just want people to think clearly about the search algorithm. It has wandered away and morphed into something new, something different, like Google itself. Like Google, I have a bias which is now not so transcendent.... Bring the fraud cases. Bring them now. Bring them in public. We have a right to know the risks we face. BRING!


Now some postscripts: There are indications of elite panic that so many people are disabling their Google apps and devices. If I were law enforcement investigating Google, there would be zero Google tech on my team. You think they aren't listening? Given the implicit distrust in the red flag proposals, people are moving to plug the spy hole. May I suggest black Gorilla tape for the phone cam. There are other possible interventions, which are left as an exercise for the user. It's clear that in a Red Flag regimen, the mass of people will just go dark, so practice going dark right now. Take a step at a time. For example, I like the #Russian #language recognition alot, but I bought bunch of Russian paper books and PDF's, in case it is necessary to disable the mic. Here is the truth for you. If it weren't for Russian language recognition, the mic would be off already. If you don't need the mic, you should disable it. If you believe in the user model, they can continue to build it up secretly, using your mic and camera. This is what you should be resisting. Get started today. 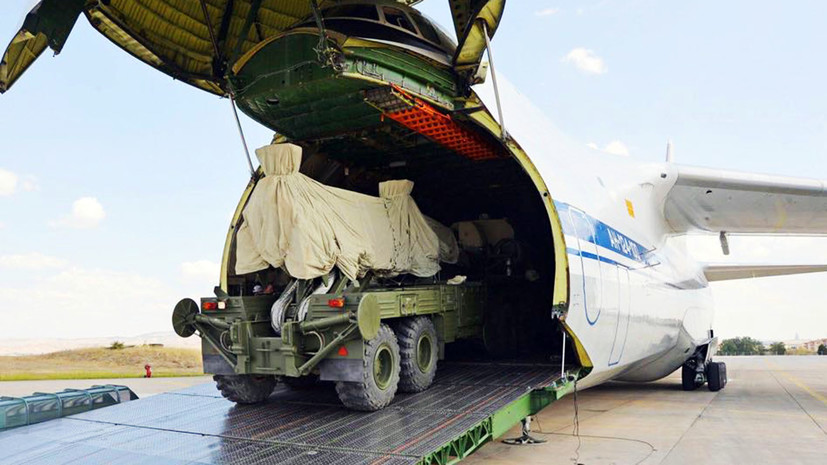 Published 1 min ago on 6 September, 2019 Paul Joseph Watson 0 Comments
A new study out of Norway has found that children of migrants commit more crimes than their parents, suggesting integration is failing.

According to the data, Norwegian born men aged 15-35 with a Somali family background were 4.6 times more likely to have committed a violent crime.

Men in the same age group with Iraqi backgrounds were 4 times more likely to have committed a violent crime, while the same pattern is observed in Moroccan Norwegians (3.2), Turkish Norwegians (2.8), and Pakistani Norwegians (2.4).

Jon Helgheim of the right-wing Progress Party said the numbers clearly indicate integration is failing and that the government needs to address the issue.

According to Helgheim, the figures prove that “integration doesn’t happen automatically over time.”

Sigmund Book Mohn of Statistics Norway told the Swedish newspaper Aftenposten said that migrants were significantly overrepresented in areas such as “mistreatment in close relationships.”

The percentage of Norwegians with a migrant background has risen to 17 per cent thanks to more relaxed immigration laws in recent years.